Glastonbury’s origins remain a mystery to us, although it is suggested that perhaps the namederives from a Celtic tribe that may have resembled the name ‘Glast’. According to legend, a small church was founded in Glastonbury in the 5th Century when Saint Patrick returned from Ireland back to Britain. He was said to have discovered the sight where Jesus visited as a young boy with his Uncle Joseph of Arimathea. William Blake’s poem ‘Jerusalem’ immortalised his journey through the famous opening lines

“And did those feet in Ancient times, walk upon England’s mountains green..”

The Abbey remained one of the most wealthy and important Abbeys in the country until King Henry VIII broke away from the Catholic Church. His associate Thomas Cromwell was in charge of much of the destruction of Catholoc Churches across the country; a time more commonly known as The Dissolution of the Monastaries. Abbot Richard Whiting, despite his old age, was found guilty of treason to the king and hung drawn and quartered on top of Glastonbury Tor. Once the wealthiest Abbey in England, Glastonbury Abbey today is a ruin, but the sheer scale and wealth can still be seen through the grounds that it sits on.

Glastonbury Tor is believed to be the legendary Isle of Avalon; the resting place of King Arthur and the sight where Excalibur was forged. The name derives from ‘The Island of Apples’, and features heavily in one of our most important books about our heroic King of Britain. Written in 1136 by an Oxford Graduate named Geoffrey of Monmouth, ‘The History of the Kings of Britain’ was a pseudo-historical account of Ancient Britain intended to teach the country about the perils of civil war.

Most likely sparked by the fighting between Queen Matilda and King Stephen of Blois, ‘The Anarchy’ was one of the darkest times in Medieval History. It seems Monmouth’s intentions were to teach people that a single ruler could put an end of the destruction caused by royal rivalries. Arthur stands as a figure of leadership in The Dark Ages against The Saxons, so he was ostensibly the perfect person to write about. For more information on King Arthur’s origins and who he was, join us on our Private Tour to Stonehenge and Glastonbury.

Today tourists from all over the globe flock to Glastonbury for it’s array of unique shops and quirky vibe. Check out our top recommendations for places to eat below: 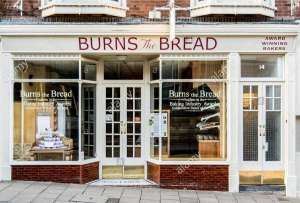 This award winning bakery is the perfect place to grab a quick lunch that will fill you for the rest of the day. They serve anything from cakes, sausage rolls, sandwiches, pasties and other savoury goods. For a full list of everything they serve, click here to take a look at their online menu. Looking for something local? Be sure to try their Glastonbury Pasty!

Fish and Chips is always a good option when looking for something typically British, so why not try this family run restaurant!? Unlike most Fish and Chips Restaurants, not only can you select the type of fish that you want, but also which cut of the fish you would like. Quick service and take-out options are also available if you want to maximise your time sightseeing.

The George and Pilgrim: 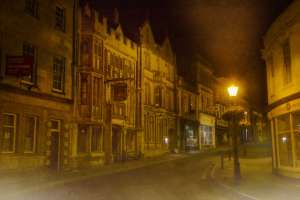 The George and Pilgrims Hotel is the oldest purpose built pub in the South West of England. Dating back to the 1400s, this historic pub and hotel maintains an abundance of its original features with the old oak beams, mullion windows and panelled stone frontage standing out amongst the crowd and beautifully maintained. If you fancy a glass of wine or pint of local beer with your lunch, this would be a great place to start!

This locally run cafe serves an excellent selection of vegetarian and vegan dishes. Their Schnitzel is meat free but you would never know it. It’s a fantastic meal any day of the week and as with all of the meals at The Blue Note you won’t be left wondering where the rest of the meal is… be prepared to be challenged by the portion size! They also serve local cider, ale and very fine coffee throughout the day.

Intersted in visiting Glastonbury? take a look below at our tour to Glastonbury and Stonehenge: